I've been part of the special needs community for over three years now and I have learned a lot and my opinions and ideas on some things have shifted and evolved.  But political correctness and "people first" language is not one of those things.  I would like to share my own words about this from two years ago...


People Correctness
I don't *do* political correctness.  Because its, well, political.  And political isn't really about people.  Its not.  Politics are all about ideas, arguments, convincing someone your way is right.  So it stands to reason that political correctness isn't really interested in individual people, but in someone's idea of what is correct.  People are not all the same...as a matter of fact there are no two people alike.  So there is no one correct way of addressing people.  People correctness...that's what I do.  Speak to each person as an individual and out of love.  It really doesn't matter so much what you say as how you say it, if your heart is in the right place you don't need the right words.  Use whatever words you want to talk about my daughter as long as you to speak to her and of her with love and respect.

People Second
Do you know what People First language is?  I'd be willing to be a full 50% of people reading my blog don't know...and I consider that a good thing.  When you have a baby with Down syndrome you learn a lot very fast.  What it is.  What goes along with it.  Heart, thyroid, nose, ears.  Therapy.  And the proper way to talk about Down syndrome and people who bear the extra chromosome.  (Now I know I'm gonna shock some here)  I don't get it.  Why in the world do we need a set of rules about the proper way to talk about Down syndrome?  The theory is that it shows respect, but the way I see it requiring people to speak with "People First Language" puts the people second.  By making a set of rules that must be followed you are now putting more focus on words and language than you are on the human being you're supposed to be talking to or about. 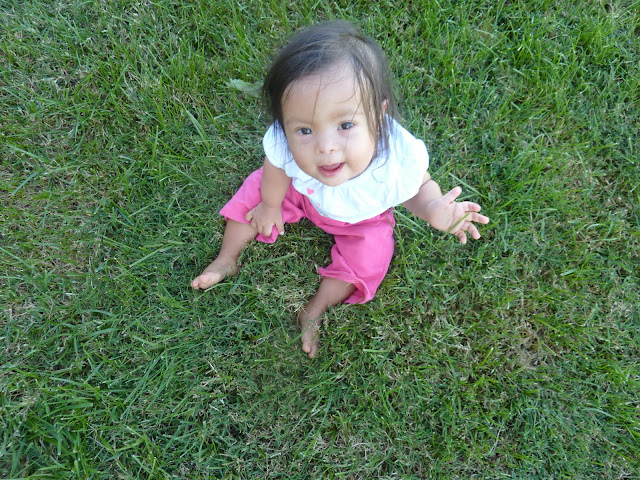 By having a set of rules that must be followed in order for no offense to be taken you are going to make people so worried about saying the wrong thing that they will say nothing at all which really doesn't help with inclusion.  People first language basically has to do with grammar, and I really don't see how grammar can be insulting or demeaning.  It says that you should always put the person first and the diagnosis second.  Person with Down syndrome instead of Down syndrome person.  I really don't understand why its a big deal.  There are also rules about Down syndrome versus Downs syndrome.  And people get really uptight about it all.  I just have to fall back to what I said before...speak respectfully and in love and you can't go wrong. 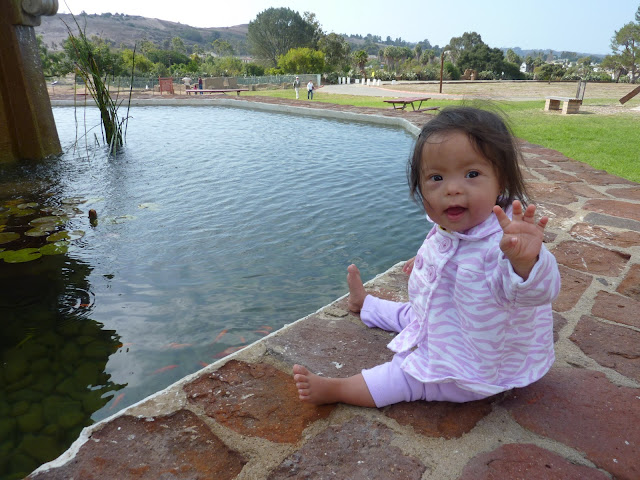 The term Downs baby does not bother me.  That is what Reagan is.  And I don't want anybody to worry about us getting offended because they don't "know the rules".

This is what I had to say when I was a rookie and was first informed that as a special needs mom I was supposed to talk a certain way.  Now, if anything, the more I hear it touted the firmer my defiance of it becomes. I do not like it.  I find, still, that it does more harm than good.  Actually I am going to be a little blunt here.  Political correctness offends me and I find the idea that it is important where in my sentence I put the words "Down syndrome" to be silly.  If I followed the people first rules then I also shouldn't have written in my first sentence that "I have been part of the special needs community"...rather I need to say I am part of the community of people who have loved ones with special needs.  I don't have a beautiful daughter....I have a daughter who is beautiful.  It is cumbersome and despite that fact that we all want to make sure the world accepts our children as unique it will have no impact.  All we will do is alienate those who really do care because they don't care correctly.  We all have adjectives that define us (yes Down syndrome does define my daughter).  Some are good and some negative.  We all have to strive to live up to the good and overcome the perceptions of the negative.  That is reality 46 chromosomes or 47,  people first or adjective first.  Spread positivity (yes I made that word up) not negativity.  I will say this and say it again and again...speak in love and the words (or word order) do not matter!
Ok I'm getting down of my soapbox now.
Posted by Shauna at 11:16 PM

I think your reasoning is ridiculous. I think you're doing a disservice to your daughter by using such outdated terminology. People First Language is about treating everyone with respect; isn't your daughter entitled to that by her mother of all people? I hope you're not an educator, therapist, or medical professional because I wouldn't want you to have anything to do with someone else in the Down syndrome community. Are you too stubborn to see how silly you sound? And this whole "I'm not being politically correct because I'm not getting into politics"......THIS has nothing to do with politics. It has everything to do with seeing a person as a person, not a diagnosis. If that's all you see when you see your daughter or others with Down syndrome, then I truly feel sorry for you.

As a mom of a daughter with Down Syndrome and a sister with other devolpmental delays. I couldn't agree with you more. All the unique things we have make-up who we are. We are ALL children of God who made us just the way he wanted us.

You are 100% correct if you speak to or about Reagan or my Sophia with love, concern, curiousity (open to learning) then it is all good.

Shauna
I'm a stay at home mama of three little girls each with a different personality and one with an extra chromosome. I've done a lot of things in my 30 years of life including being a flight instructor, music teacher and now trying my hand at being a professional baker in addition to keeping up with my kidlets.